Wouldn’t It Be Great If All Our Teams Were This Good? 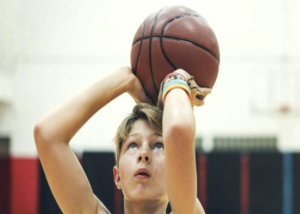 I’ve just returned from one of the best business trips in my life.

This past week I:

Then I read something that left me feeling delighted with the trip and the extra hour at the gate.

I’ve been a Rick Reilly fan for years. He used to have a column in Sports Illustrated and now writes for ESPN.com. While waiting at the gate to finally get home, I read his latest column.

Another Catholic Youth Organization basketball game draws to a close.

“The best player on one of the team’s is fouled with ten seconds left. His team is down by one. Then something odd happens. The team stud steps aside and a kid who has already missed all six of his shots in the game from the charity stripe takes his place.

The ball bounces under Matt Steven’s hand….He lets go. Off the backboard and through. Dribble. Tap. Shoot. Bank. Swish! Up by one. The other team’s desperation shot at the buzzer misses and Matt’s team wins.” 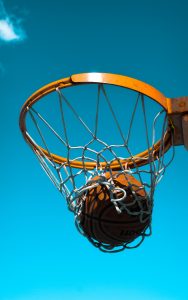 Matt was born with two permanently detached retinas. His left eye was removed in the fifth grade and the right in the sixth. Before Matt shoots free throws, his brother stands under the hoop and raps a cane on the rim so Matt knows where to shoot the ball.

What’s the best part of this story?

Matt begged his parents to go to a sighted school. Each day is tougher without the additional support he used to receive at the school for the blind he attended. But Matt had grown tired of hearing, “He does so great for a blind kid!” All he wanted to do was play ball. So now, that’s what he does.

Then there’s the best player on the team who stepped aside so Matt could take the free throws with the game on the line. CYO ball isn’t the NBA but the best players – at any level – dream about making clutch game-game-winning shots.

What about Matt’s brother who taps a cane against the rim while his little brother practices free throws every day after practice?

Or maybe it’s his teammates who agreed Matt should shoot all of the team’s free throws in the game even though they knew he only sinks half of them? A ridiculously high percentage when you can’t see the hoop….but that still means his team signed on for sacrificing points they would likely get with a sighted shooter.

According to Reilly since the winning shots

“Matt’s life has gotten crazy and unthinkably wonderful. His teammates call him Shooter. A girl says she heard all about him. He’s even thinking about asking somebody to prom.

I hope she says yes. Best blind date of her life.”

And one of the best business trips I’ve taken in 23 years of traveling around the world. Here’s to all of us benefiting from the kind of teamwork Matt, his brother, and teammates already enjoy.