Pay Attention to What You’re Good At 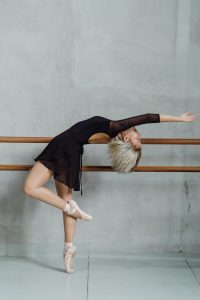 In the last week I’ve been struck by similar messages from:

What in the world do these people have to do with each other?

They all have made a stand for something called “Positive Psychology.” In 1998 Seligman founded this field through an epiphany he had in his family garden. As he relates the story:

Today I finished leading a three-day event for a client implementing a new strategy. When the 125 leaders were asked to provide feedback on the strategy for an overnight “real time” turnaround, we had them brainstorm, post, and then vote on two kinds of ideas:

The group identified three times as many things that were already “right” about the strategy than the total number of improvement suggestions. Maybe the strategy was a good one to begin with. Maybe it also had something to do with the questions we were asking.

Simers’ (remember this is the LA Times sportswriter) gave an award for the most negativity in coverage on the recent Oscars broadcast to his own paper. A few of his choice lines:

It was one putdown after another, and this ridiculous headline across a story in the Calendar section: “Hey, Hugh (Jackman, this year’s host), what was that all about?”

Here’s Hugh giving it his all, while we have another Times columnist, Patrick Goldstein — and catch the smirk on this guy’s mug in the paper — beginning his know-it-all column this way: “I guess reinventing the Oscars is harder than it looks.” What kind of cheap shot is that? Let’s see him do better.

What’s wrong with these people? Why must they only harp on what doesn’t go well?

Simers was so outraged that he devoted an entire day’s column to calling out colleagues from his own paper on their negativity. And this guy likes writing about sports, not acting awards. Unfortunately I’m afraid T.J. makes too good a point. How often do you hear people in your organization talking about how great things are in the company as they huddle around the water cooler or in the coffee room? Why does the rumor mill have to be dominated by what’s wrong instead of what’s right? Does it always have to be this way? What if I told you one thing you could do – with no additional capital outlay – that would improve your revenue, profitability, staff retention, customer loyalty, and workplace safety? Sound too good to be true?

A decade of research suggests otherwise….if you can avoid the trap of looking at your glass half-empty. Happiness at work—defined as pleasure, engagement, and a sense of meaning—can improve revenue, profitability, staff retention, customer loyalty, and workplace safety.

Marcus Buckingham has popularized this concept through his book, Now, Discover Your Strengths. In fact, these days Buckingham is acknowledged as the leader of something that’s come to be called the Strengths Movement.

I recently worked with an extended leadership team that had been in conflict around what they described as an issue of subsidiaries’ tax status. People had taken up sides, each faction convinced that they were the only thing standing between the organization and its slow demise.
We started the meeting in small groups. People talked about the process to date how it had impacted the larger organization and themselves as leaders. A ten-minute small group check in turned into a 20-minute in-depth conversation. I then asked people to find a new group and have the same conversation again. There were some quizzical looks about why I thought they needed to repeat the task, but they moved on to the second group. Twenty minutes later we put 27 chairs in a circle and talked about what they had learned in the sub-group dialogues. The tax status was a “red herring,” just a symbol of much deeper issues that had been unresolved for years. The most striking insight that emerged from the small groups was that they all cared about the organization and were proud to be part of it. Everyone wanted the company to succeed. Once they discovered this positive, shared commitment, the tone and tenor of the meeting shifted dramatically. The goal changed from trying to resolve an intransigent issue to finding ways to work together for the common good.

For Robert Aliota from Carolina Seal, happiness science has led him to make lasting changes. For one, he regularly recalls and dissects his moments of entrepreneurial triumph, “times when I was truly in the zone, utilizing my natural strengths and having fun” as a sort of happiness fuel. One such moment came during a visit by representatives of a maker of giant water purification systems. Escorting the visitors on a tour of his newly renovated industrial facility, he introduced the whole staff by name. He shared the story of building the business up from two plastic shelves in his garage. He queried his prospects about their needs. During lunch, they connected over family and community matters. When Aliota and his prospects shook hands in the parking lot, the guests said they were ready to sign a deal—during a break, they’d canceled visits to two of Aliota’s competitors.

The research is clear. Stories abound about the benefits of the “science of happiness.” So how much are you and your organization taking advantage of this endless and free ROI multiplier?

The headline in The New York Times on the President’s first address to a joint session of Congress: Obama Vows, ‘We Will Rebuild’ and ‘Recover.’

“While our economy may be weakened and our confidence shaken, though we are living through difficult and uncertain times, tonight I want every American to know this,” Mr. Obama said. “We will rebuild, we will recover, and the United States of America will emerge stronger than before.”

Federal Reserve Chairman Ben S. Bernanke also offered reassurance recently, telling a Senate panel that — with careful management — the economy could stop shrinking by the end of this year and return to expansion mode next year.

The stock market responded to Bernanke’s remarks by staging a powerful rally, nearly erasing a sharp decline the day before that had sent major stock indexes to levels not seen since the late 1990s.

Obama reassures the American people we will emerge from the current economic crisis stronger than before. Bernanke says with careful management, the economy could stop shrinking within a year and the market rebounds 250 points in a single day.

These are tough times and I’m not arguing to sugar coat the truth. I am taking a stand though for what Simers, Seligman, Buckingham, Aliota, Obama, Bernanke and 10 years’ of research have already told us. Learn more about what you’re doing right and you’ll start doing more things right.